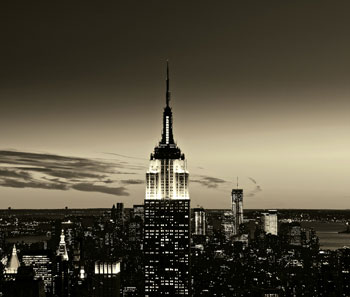 The outlook for tenants seeking office and industrial space remains much the same as it was in 2012, as available industrial and office space in most metro areas continues to shrink slowly as absorption outpaces deliveries. Most markets still have plenty of options for tenants, but the window of opportunity may be closing in some areas and with some product types.

In the U.S. office market, absorption was 14.6 million square feet during the first quarter of 2013, continuing a trend that began in the third quarter of 2011 and is a significant increase over the 9.5 million square feet in first quarter 2012. Availability has now fallen to 11.8%, the first time it has been below 12% since prior to the recession.

Rents have fallen to $21.36 per square foot on average across the United States, with class A rents now averaging $27.29 nationwide. Rents in Canada are largely unchanged despite rising vacancy.

Absorption in the U.S. industrial market was 47.2 million square feet, slightly less than the 53.3 million for fourth quarter 2012 but still greater than any other period since the recession. Availability now stands at 8.6% and could drop below 8% by year end.

More than 132 million square feet of new industrial space is forecast to be delivered by year end, and while that may not keep pace with absorption, this is good news for companies in the market for new, modern warehouse space.

The Canadian industrial market is also performing well. Availability is less than 5% in both Toronto and Vancouver. First quarter absorption in Toronto was nearly 3.1 million square feet.

While office availability remains at a level above what is considered to be at market equilibrium, recent absorption of class A space could result in constricted supply in some markets. As availability for industrial space continues to decline, tenants may look to build-to-suit opportunities, and they may see rising rents for the most modern space. Regardless, companies’ demand for space in both office and industrial sectors will remain fickle, and the likely outlook in the near term will be redevelopment of aging and functionally obsolete buildings rather than the construction of new space.